In 2018, the ENPL postseason was held in two locations on the East and West Coasts. In 2019, the platform transitioned to having the ENPL National Playoff feature qualifying 14-U through 19-U boys teams in one location and welcomed teams from all NPLs and Boys ECNL Conferences. This format provided a pathway for all member teams to compete for national championships on the field.

For 14-U through 17-U teams, this tournament was the first of a two-stage postseason with top teams advancing to the 2019 ENPL National Finals (July 11-15 in Commerce City, Colorado): top four from 14-U bracket and top eight of each 15-U, 16-U and 17-U divisions. For 19-U teams, the 2019 ENPL National Playoff was a single-stage postseason with one national championship awarded in Illinois.

Archived postseason graphics for the 14-U, 15-U through 17-U and 19-U tournaments are available via the links below.

Those 28 teams emerged from a competitive ENPL National Playoff tournament field of 14-U through 17-U boys age groups, which is a two-stage postseason. Next week, these teams – representing six NPLs and six Boys ECNL Conferences throughout the country – now advance to the ENPL National Finals, July 11-15 in Commerce City, Colorado, where they’ll compete for national championships.

At the oldest age group, NEFC (NEP – NPL Division) earned a national title after a challenging schedule of group stage and knockout rounds. The 19-U ENPL National Finals is a single-stage postseason. NEFC emerged out of the 16-team bracket with an unblemished 5-0 record, amassing a 14-1 goal advantage. On Tuesday morning, the New England Premiership product edged Concorde Fire (Boys ECNL Southeast Conference), 2-0, thanks to a pair of goals in the final 20 minutes. It was redemption for NEFC after losing the 19-U ENPL National Finals championship game last year.

“All of them have been with the club since they were 10/11 years old,” said Christian Battaglia, NEFC Director of Coaching. “It’s a fantastic way to finish the year, being a national champion. I’m very proud of them and proud for the club too.”

Nearly 150 college coaches attended the tournament, peppering the sidelines of the older age groups. “There are schools here that are very well known, and there are smaller schools here, as well,” said Kevin Payne, US Club Soccer CEO/Executive Director. “I think we have a really good range of opportunities for players in this tournament.”

This is the second season in the young history of the Elite National Premier League (ENPL). The postseason pathway stems from a collaboration between US Club Soccer and the ECNL to elevate the youth soccer landscape among 14-U through 19-U boys age groups. Twenty-four qualifying competitions – made up of NPLs and Boys ECNL Conferences – throughout the country are focused on winning their regular season competitions and advancing to the ENPL postseason, where national championships are awarded. 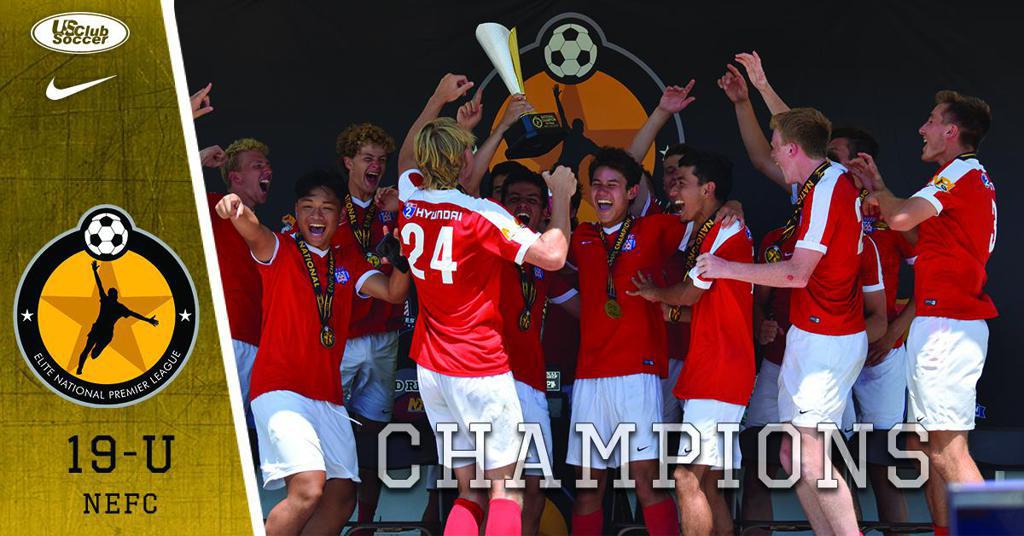 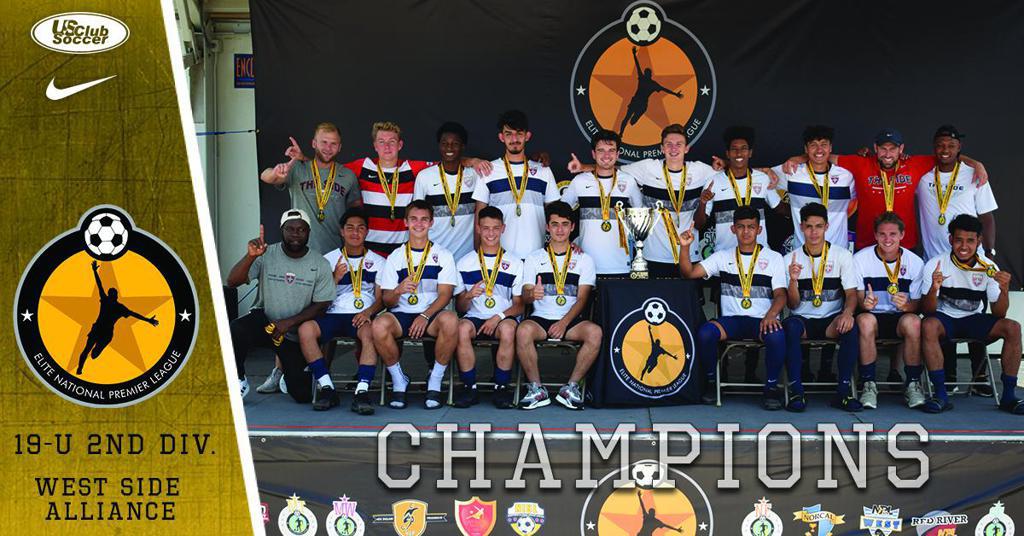