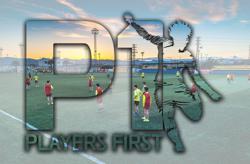 An educational and collaborative experience exclusively for Players First-licensed clubs. Official invitations were sent to all licensed clubs directors. 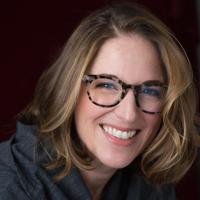 Teacher, New York Times best-selling author and columnist Jessica Lahey is inspiring audiences with her rallying cry to allow children to experience failure as an integral part of becoming successful, resilient and self-reliant adults. Her breakthrough manifesto, “The Gift of Failure: How the Best Parents Learn to Let Go So Their Children Can Succeed,” has become essential reading for parents, educators and coaches and declared a “must-read” by magazines as varied as “Working Mother,” “Fortune” and “Education Week.” Lahey is the keynote speaker during this Players First Summit. 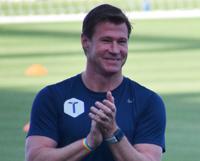 Brian McBride is an ESPN soccer analyst member of Positive Coaching Alliance‘s National Advisory Board. His professional soccer career spanned 16 years, and included three World Cups and being the number one overall pick in the 1996 inaugural MLS Draft by the Columbus Crew. He is a 2014 U.S. Soccer Hall of Fame Inductee, a member of the U.S. Soccer All-Time Men’s National Team Best XI, a 2008 U.S. Olympic Team Captain, and an eight-time MLS All-Star. For much of his career, he played in Europe. During his time with Fulham, McBride became a fan favorite, as well as the team captain. He would eventually become “Player of the Season” two times. He is also a board member for Urban Initiatives in Chicago.

Carlos Casal is the current Senior Specialist in Sports Projects Development at LaLiga. He is a UEFA PRO-certified coach and has bachelor’s and master’s degree in Sports Science, specializing in soccer tactical analysis. Casal joined LaLiga in 2015 and has since carried out different football programs in more than 20 countries, ranging from grassroots development to a high-performance perspective. He continues to work in various research studies and has published articles in high-impact journals.

Felipe Vega-Arango, current Technical Director of the first LaLiga Academy in the U.S. (in Miami). Former head coach and Technical Head of the Salomon Islands National Team, Felipe is a UEFA-PRO certified coach with more than 20 years of experience in Spanish and American grassroots development. From the coach’s development perspective and beyond his mission in Spain, Felipe is one of the FIFA Technical Experts, training more than 500 coaches around the world during the past two years.

Tyrre Burks, the CEO and co-founder of Player’s Health, is a motivated entrepreneur born and raised on the Southside of Chicago. Tyrre attended Harper College and transferred to Winona State University, where he was a standout receiver. After graduating Winona State University, Tyrre went on to play football professionally in Europe and the Canadian Football League. 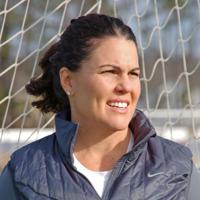 Skye Eddy Bruce is the founder of the Soccer Parenting Association (SoccerParenting.com), with a mission of inspiring players by empowering parents. Skye is a sought-after speaker for parents, coaches, clubs and players. A former professional player, Skye was a collegiate and youth All-American goalkeeper, Defensive MVP of the Final Four (1993) and state champion track athlete. Skye has coached extensively in the youth and collegiate games. An MBA graduate of the University of Richmond, Skye has earned her USSF “B” License, the National Goalkeeper License and is a Coach Educator for U.S. Soccer and United Soccer Coaches. 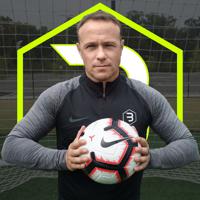 Holly Silvers-Granelli, the co-founder of the 11+ (formerly FIFA 11+) warmup program. Holly is a current member of U.S. Soccer’s Medical Team, a member of MLS’s M-MARC (Medical Research Committee), and a member of the International Cartilage Research Society’s Rehabilitation Committee. She is also the spokesperson for the American Physical Therapy Association’s taskforce on ACL Prevention. In addition, she is the director of rehabilitation for Major League Soccer’s Los Angeles Galaxy and on Major League Baseball’s Hamstring Injury Prevention taskforce.

Christian Lavers is the President of the Elite Clubs National League, Inc. and helped create US Club Soccer’s LaLiga Formation Methodology series. He is also the Director of Methodology for FC Wisconsin, coached for several years in the NWSL with the Chicago Red Stars and has led teams to National Final Fours in the ECNL, USYS, W-League, WPSL and more.

ScoutingZone’s co-founder, Tara Parker, was on a field when she noticed a long line of college soccer coaches sitting on a sideline with no information about the players competing in front of them – no clue which players were committed, if any were a good fit academically or what interests these players had in collegiate soccer. At that moment, she realized “there has to be a better way” of connecting players and college programs. A former Div. I player herself, Tara’s love for the game inspired her to develop a solution to improve the broken recruiting process. ScoutingZone was born. 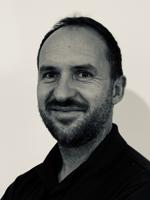 Magnus Alford founded and developed the SportSessionPlanner software with his talented IT team in 2010, and SSP has been a dominant force in soccer technology throughout the past decade. Magnus worked at a reputable sports college in England as a Director of Sport and coached at Liverpool Football Club as an academy coach for 11 years. He fused his knowledge of coaching styles, sports methodology and creating session plans into a digital coaching platform to increase a soccer coaches productivity in a rapidly growing world of technology. 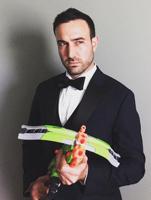 Born and raised in Milan, Italy, at 15, Claudio Storelli moved to the U.S. as a dorky exchange student who didn’t speak English. By age 20, Claudio was an NCAA D1 soccer national vice-champion and had graduated from Stanford University with honors. At 23, he graduated from Columbia Law. He then realized that being a lawyer is really really boring, so he joined McKinsey & Co. as a top management consultant. After five years in consulting, Claudio joined Bloomberg LP, where he was tasked with creating new tech businesses and was eventually named Chief Operating Officer of a $1B Enterprise Technology division. Throughout his corporate career, Claudio kept playing soccer competitively and saw far too many players suffer injuries that ruined their joy of the game. So, while still at Bloomberg, he paired up with a PhD in biophysics and created Brooklyn-based Storelli Sports: a company that focuses obsessively on reducing soccer injuries via innovative technologies embedded in beautiful, functional garments that players love to wear and parents love to buy.  Claudio joined Storelli full time in 2015 after securing funding, and the company is now at the cutting edge of concussion prevention, among other areas of innovation.

Michael Sup, PhD partnered with co-founders Marc-André Maillet and Mark Wilson in 2015 to found Beyond Pulse with the dream of providing youth coaches objective data needed to improve training sessions through simplified smart wearable technology. Michael leads Beyond Pulse’s Education and Research team, creating resources for coaches with the aim to support the development of better players through more interactive and tailored coaching behaviors. He believes through improved training environments coaches can increase player engagement, resulting in healthier and happier youth who are equipped with skills they need to succeed both on and off the field. 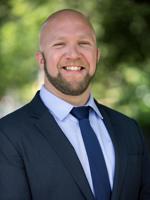 As the Assistant Director of Training of the U.S. Center for SafeSport, Dan Mills is responsible for managing and facilitating all SafeSport’s abuse prevention training programs. He travels the country speaking to sport communities, no matter the sport, ability or age of the athlete, to create culture change in the world of sport. Prior to this, Dan spent nine years at the National Center for Missing & Exploited Children fighting against all forms of child exploitation. Dan is credited with the successful recovery of several children, some of which had been missing for over 10 years. He holds a triple Bachelor of Science in Criminology, Psychology and Sociology from Drury University. 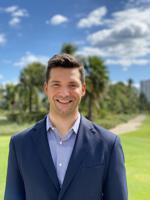 Chris Antoline has spent more than a decade helping global corporations, higher education institutions and youth sports organizations to leverage technology – revolutionizing the way they connect with and engage their audiences. Since joining TopYa! in 2017, Chris has been developing creative virtual engagement programs for youth sports clubs and organizations through the TopYa! “learn by doing” platform. Athletes watch instructional video “micro challenges” via the TopYa! app, which they then practice and ultimately upload a video of them performing. They receive personalized feedback from a Virtual Coach, encouraging kids to spend more time with the ball outside of games and practice. In 2019 TopYa! merged with Challenger Sports to create a powerful physical-virtual sports organization.

Players First is a branded, holistic club soccer experience for parents and players, which emphasizes the development of each individual to his or her full potential, and helps parents make better choices about where their children should play.

The Players First license is created to differentiate clubs in the marketplace that are committed to providing an exceptional player development experience through the proper facilitation of relationships with their coaches, parents and players. Here is the directory of current Players First-licensed clubs.