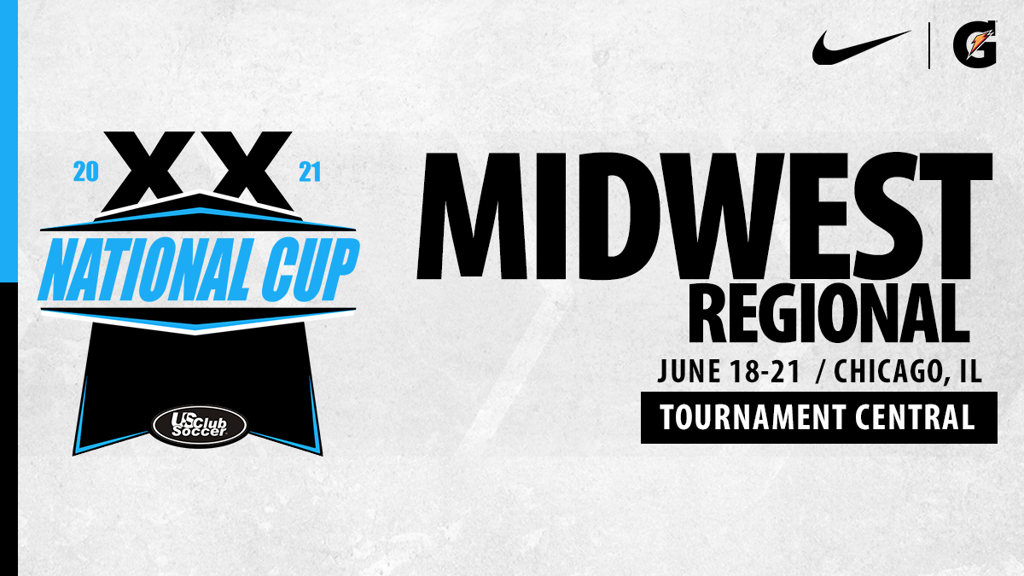 The tournament, hosted June 18-21, featured 13-U through 19-U boys and girls teams competing among Super Group (most competitive) and Premier Group divisions. In total, over 225 teams from Illinois, Minnesota, Indiana, Ohio, Iowa, Pennsylvania, and Missouri all participated in the event.

All 23 champions (listed below) have now earned qualification to the National Cup XX Finals, to be held July 16-20 at DICK’S Sporting Goods Park in Commerce City, Colorado.

National Cup XX Regionals action continues today and tomorrow with the Southeast Regional in Winston-Salem, NC. Regional competition concludes this upcoming weekend with the Northwest and Mid-Atlantic Regionals. The West Regional was cancelled this year due to COVID-19. The remaining Regional events schedule is as follows: