US Club Soccer CEO Kevin Payne got a surprise visit from former U.S. Soccer President and Hall of Famer Sunil Gulati (’19) along with New England Revolution head coach and Hall of Famer Bruce Arena (’10) with the news of his election to the Hall of Fame from the Builder Ballot during a lunch meeting in Mount Pleasant, S.C.

Kevin Payne’s Hall of Fame feature below was written by Michael Lewis.

Kevin Payne has always walked to the beat of a different drum.

He has made decisions – big and small – that have impacted several levels of U.S. Soccer and soccer in this country for more than three decades.

Payne worked for U.S. Soccer, oversaw the rise of D.C. United, presided over six teams in Major League Soccer at the same time and is currently the CEO and Executive Director of US Club Soccer.

Given his leadership ability, capacity to make difficult decisions and impressive resume, it should not be surprising that Payne was elected to the National Soccer Hall of Fame as a Builder. He will be inducted into the Hall in Frisco, Texas, on Oct. 2.

While many of his decisions have been made away from the spotlight, Payne’s influence and impact have been immense.

Born on March 5, 1953, Payne grew up playing soccer and continued to play the beautiful game in college and at the semi-pro level. After embarking on a career as a radio journalist in New York City and as a special events executive in Vail, Colo., Payne entered the soccer business side in 1989. He was hired as the National Administrator of U.S. Soccer by then President Werner Fricker. When Alan Rothenberg became president in 1990, he asked Payne to remain as Deputy Executive Director and Director of Marketing.

Payne went on to become president of Soccer USA Partners, a marketing firm that owned marketing, broadcast and event promotion rights to the U.S. National Team prior to the 1994 FIFA World Cup. 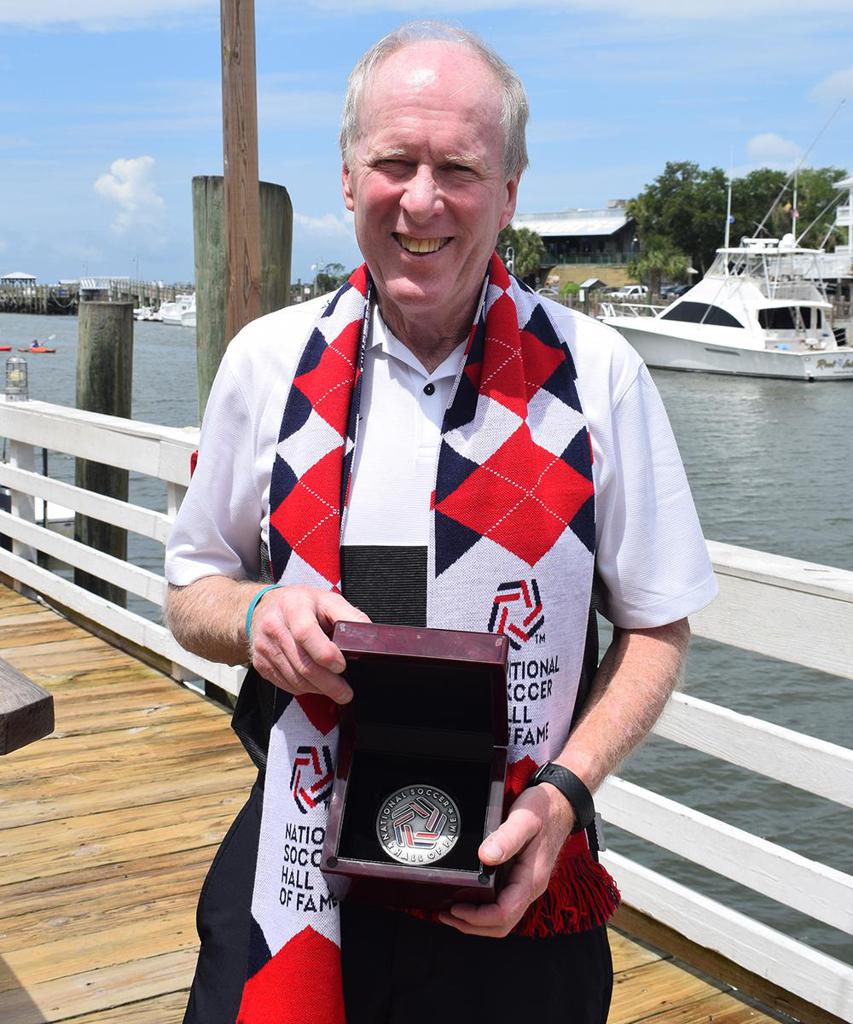 When Major League Soccer was formed, Payne took on another challenge. He pieced together the investment group for D.C. United, one of the 10 original franchises of the fledgling league in 1996. As United president and general manager, the club flourished during the league’s early years. Payne also was instrumental with the club gaining recognition and making major inroads in the Washington, D.C., sports community and media.

His decisions even helped to change the course of American soccer history.

In 1995, he hired University of Virginia men’s head soccer coach Bruce Arena in a similar capacity at the pro club (Arena went on to guide the U.S. Men’s National Team to a pair of FIFA World Cups, reaching the quarterfinals at the 2002 competition in Korea/Japan). United became the league’s first dynasty, reaching MLS Cup the first four seasons of the league and winning it three times (1996, 1997, 1999). D.C. won a fourth MLS Cup title in 2004 during his second tenure with the club. During Payne’s time with the club, United earned four Supporters Shields and the 1998 Concacaf Champions Cup and Copa Interamericana.

When he took on the roles of Vice President and Managing Director of the AEG Soccer (Anschutz Entertainment Group) in 2001, Payne faced an even greater challenge. After the league dwindled down to a handful of owners, he wound up in charge of six teams — LA Angeles Galaxy, Colorado Rapids, Chicago Fire, United, New York/New Jersey MetroStars and San Jose Earthquakes — helping the league to remain afloat during some lean years.

He eventually returned to D.C. United as President and CEO from 2004-12 before he was lured away to become Toronto FC President for one year.

Payne was named CEO and Executive Director of US Club Soccer in January 2015 and has held those positions since then. A National Association member of the U.S. Soccer, US Club Soccer has approximately 500,000 players, coaches, and other members in programs.

Beyond his day jobs, Payne also has been quite busy in other facets of the sport. He had been a member of the MLS Board of Governors and its Competition Committee for the league’s first 18 years, a U.S. Soccer board member from 1994 to 2004 and is vice chairman of the U.S. Soccer Foundation. He also served on the FIFA Global Committee for Club Football from 2009-12.

Even before his election to the National Soccer Hall of Fame, Payne already had received recognition in U.S. Soccer. In February 2011, he was awarded the prestigious Werner Fricker Builder Award by the organization for his outstanding work in soccer. He also was honored for his contributions to D.C. United as he was inducted into its Hall of Tradition in October 2015.

Payne, 68, and his wife Pamela, have two grown daughters, Ashley and Rebecca.

Payne will be enshrined during the 2021 Induction Ceremony on Oct. 2 at the National Soccer Hall of Fame, located at Toyota Stadium in Frisco, Texas.