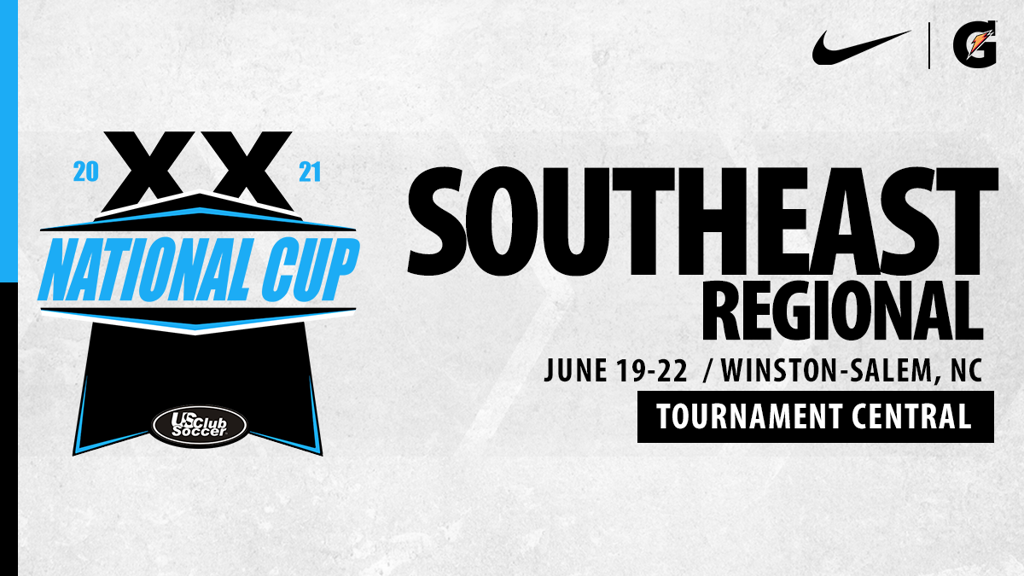 Held June 19-22, the Southeast Regional featured 13-U through 19-U boys and girls teams competing among Super Group (most competitive) and Premier Group divisions. The participating teams came from the states of North Carolina, South Carolina, Georgia, Florida, Virginia, Pennsylvania, and Maryland.

All 17 champions (listed below) have now earned qualification to the National Cup XX Finals, to be held July 16-20 at DICK’S Sporting Goods Park in Commerce City, Colorado.

Leading the way was local Triad area club NC Fusion as they claimed three regional titles in the Girls U-13, U-14 and U-19 Super Group competitions. The state of North Carolina led the way with six clubs earning championships. They were followed by Florida, which had three clubs claim titles in ANPPS Parkland Soccer Club, Sports Paradize Soccer Academy, and J Petrov Academy.

National Cup XX Regionals action wraps up this upcoming weekend concluding with the Northwest and Mid-Atlantic Regionals. The Midwest Regional finished up yesterday with 23 winners clinching spots in July’s National Cup XX Finals. The West Regional was cancelled this year due to COVID-19. The remaining Regional events schedule is as follows: