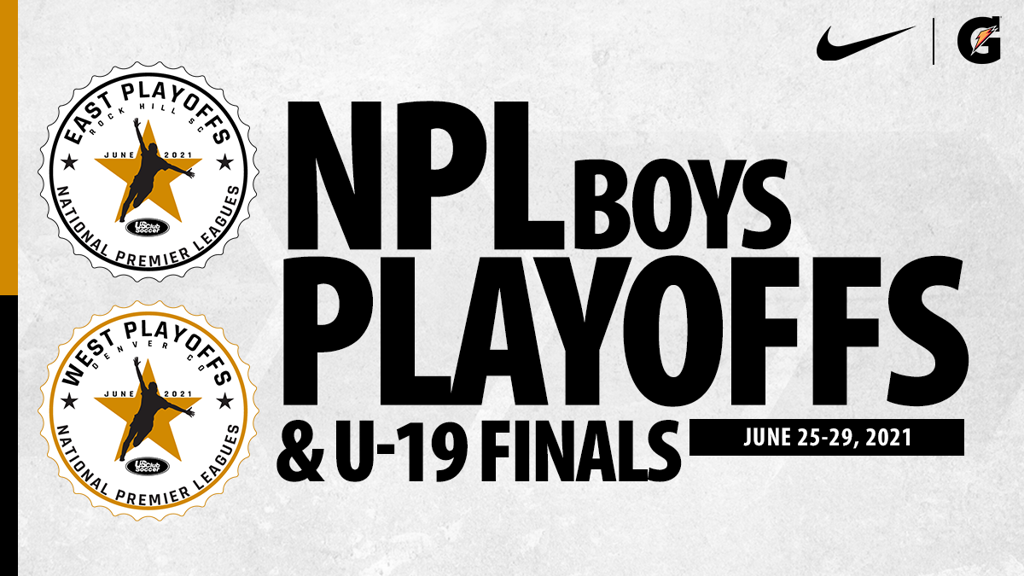 The 2021 NPL postseason has arrived, and it begins with the NPL East Boys Playoff and NPL West Playoff and U-19 Boys National Finals, June 25-June 29.

The NPL East Playoffs will take place in Rock Hill, South Carolina at the Manchester Meadows, while the NPL West Playoffs and U-19 Boys National Finals will be hosted at DICK’S Sporting Goods Park in Commerce City, Colorado.

For the U-14 through U-17 age groups, the NPL Playoffs signifies the first step in earning national titles, as qualifiers from these divisions at the East and West locations will advance to the NPL Finals, July 8-12 in Commerce City, Colorado.

For the oldest age group, the U-19 division, the event in Colorado represents a single-stage postseason with a national title being awarded to the champion. The championship match on June 29 in Commerce City, Colorado will be streamed live and can be viewed on the US Club Soccer Facebook page.

Here are ways you can follow the action from the NPL Boys Playoffs and U-19 Finals: